How to Use Autohex II to Downgrade & Restore BMW CAS Version?

The CAS firmware function in the AUTOHEX II is one of the advanced function to easily downgrade or restore your CAS versions. All complex steps are just made simple and user friendly in just one click.

The main functions are:
Flashing  to lower CAS version
Restore back to original version
Read ISN, make keys for non-supported CAS  (eg-938XXXX,939XXXX)
For making keys, reading ISN and changing VIN for CAS which comes with specified part numbers given below will not work just through direct reading. CAS Firmware function should be done to make it work. CAS firmware can do it in just one click.

Go to CAS firmware from AUTOHEX and you can check the status of CAS, whether it is downgraded before or not on the details provided about CAS on the page.
Before starting to read all the messages and warnings carefully and make sure you are keeping up the required conditions given as IMPORTANT. 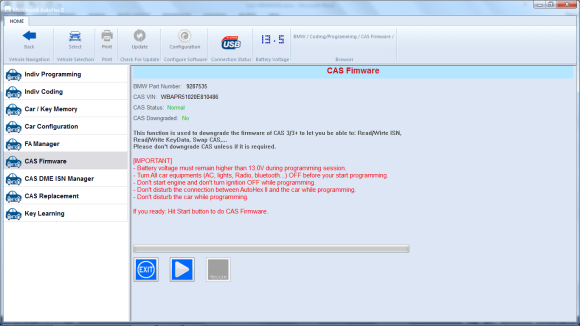 After carrying out all your operations (read ISN, make a key, change VIN,...), for going back to original version go to CAS firmware and do the following steps

In CAS firmware window you can see that the CAS is already downgraded and it is possible to restore it back to its original version. 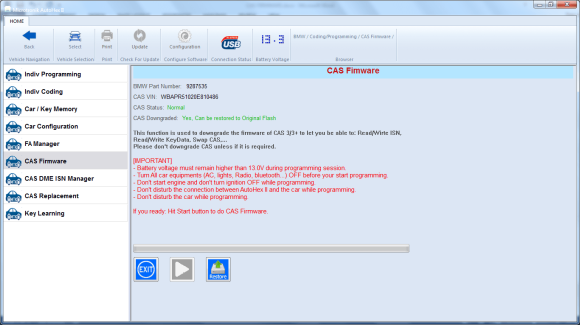 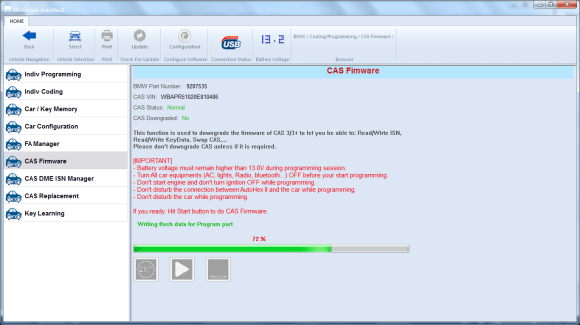